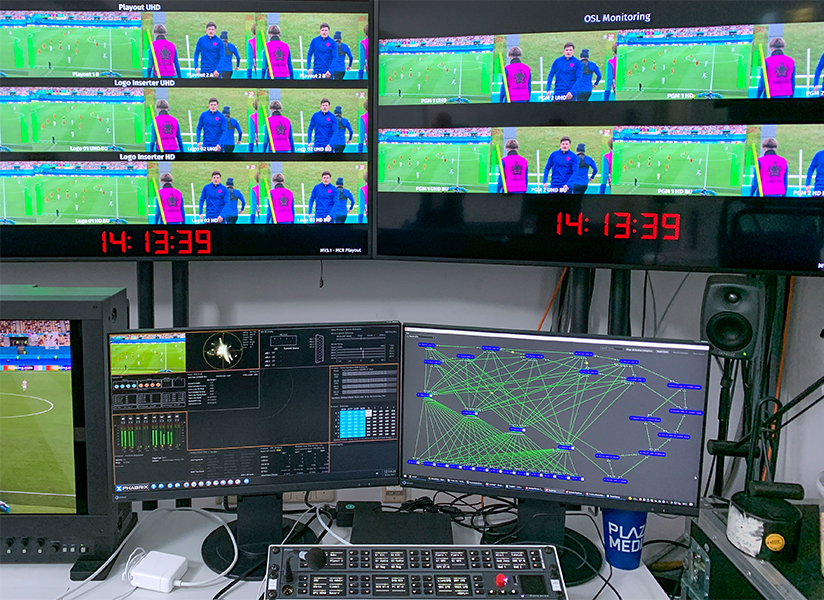 “Riedel’s extensive product line allows us to build out decentralized communications and signal routing infrastructure with the flexibility to accommodate even the most demanding productions,” said Hardy Steinweg, COO at PLAZAMEDIA. “The MediorNet, Artist, Bolero, and SmartPanel systems set up quickly and performed reliably, giving us more time to focus on making the UEFA EURO 2020 broadcast event a success.”

PLAZAMEDIA has been a Telekom partner since August 2019, implementing more than 1,500 live broadcasts per season for linear TV and online/OTT offerings as part of the MagentaSport offering. For UEFA EURO 2020™, PLAZAMEDIA created a production environment across 2,600 square meters with three studios, four playout centers, and a content center. The state-of-the-art 350-square-meter main studio in the ziegelei101 event location featured a 32:9 LED wall as well as augmented reality and virtual graphics designed to give viewers the feeling of being even closer to the action.

The Riedel MediorNet distributed routing and processing solution implemented by PLAZAMEDIA included four MetroN routers, 13 MicroNs, and almost 20 MicroN UHD frames, one of the largest such MicroN UHD deployments in the young history of the product line. The MicroN UHDs formed a redundant ring each with 200G bandwidth and distributed 33 UHD signals, four of which originated from the IBC in Amsterdam. Furthermore, the system routed almost 70 3G video signals and the audio layer handled 10 fully saturated MADI connections in addition to all the embedded tracks. The network trunking and sync distribution functionalities rounded off all infrastructural demands.

Although the main and backup feed from Amsterdam had different audio content and mappings, MediorNet’s integrated embedder/de-embedder allowed the production team to make sure that all the used signals shared one mapping, and to implement certain changes to the audio without additional external hardware. For this PLAZAMEDIA project, the 13 MicroN modules were dedicated to run Riedel’s MultiViewer App. With access to all distributed MediorNet signals, the MultiViewer App creates up to four monitoring heads that can be routed to any given output.

To ensure efficient operations for the PLAZAMEDIA production team throughout the monthlong event, Riedel also supplied an Artist intercom system with around three dozen RSP-2318 SmartPanel interfaces and 16 Bolero wireless intercom beltpacks. In addition to facilitating crew communications, these systems enabled users to monitor the audio channels and to establish communication with onsite reporters or interview guests.

“PLAZAMEDIA delivered a remarkable production for Telekom and MagentaTV viewers, and we’re proud to have supported this successful high-profile event with our MediorNet product family,” said Marco Kraft, Head of Sales Germany at Riedel Communications. “The UEFA EURO 2020 broadcasts were a win for everyone involved, and we look forward to partnering again with PLAZAMEDIA on future production projects.”

About Riedel Communications
Riedel Communications designs, manufactures, and distributes pioneering real-time video, audio, data, and communications networks for broadcast, pro audio, event, sports, theater, and security applications. The company also provides rental services for radio and intercom systems, event IT solutions, fiber backbones, and wireless signal transmission systems that scale easily for events of any size, anywhere in the world. Riedel is headquartered in Wuppertal, Germany, and employs over 700 people in 25 locations throughout Europe, Australia, Asia, and the Americas. 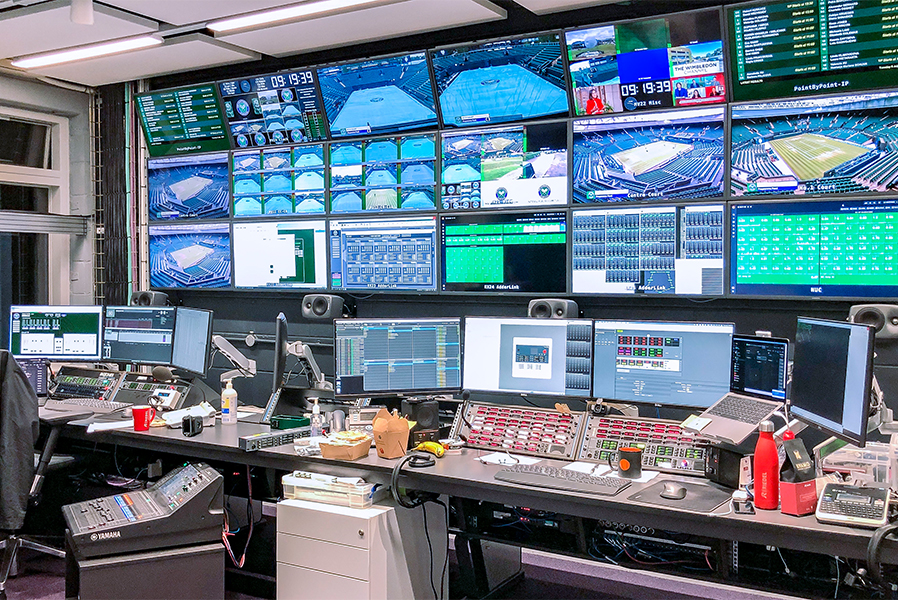 TVU Networks, the market and technology leader in cloud and IP-based live video solutions, announced its extensive support of new and existing customers on site

Akili Kids! launched in Kenya on March 31, 2020, just weeks into the Covid 19 worldwide lockdown, and quickly became the most watched children’s channel