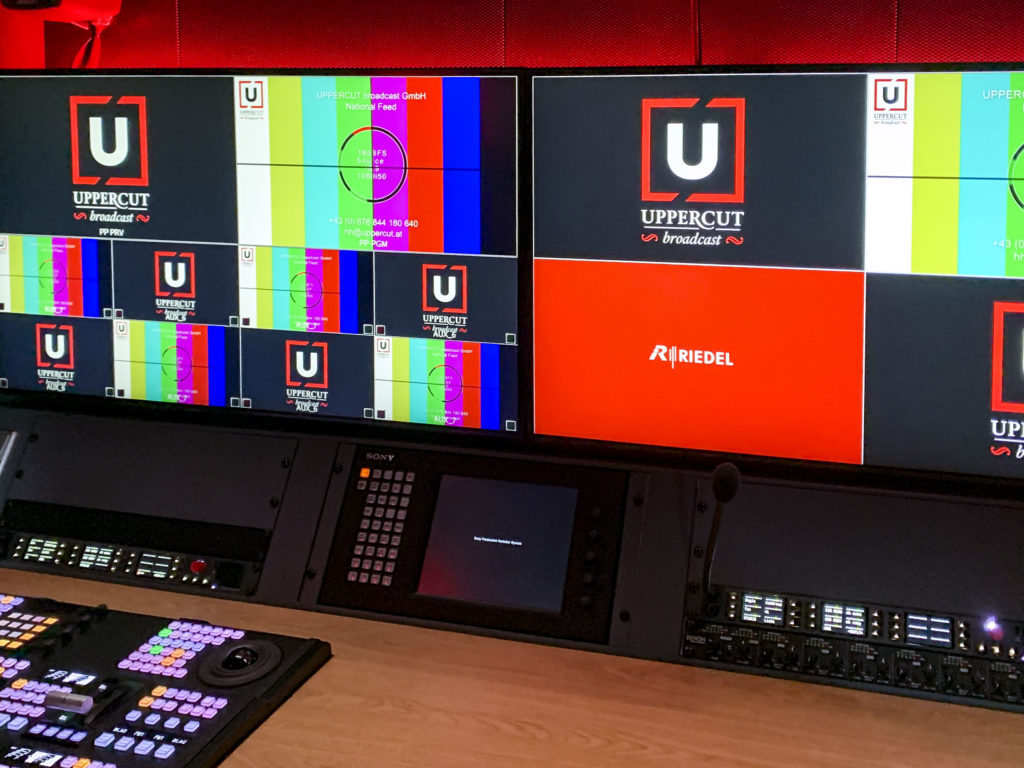 WUPPERTAL, Germany — Sept. 13, 2019 — Uppercut Broadcast GmbH, a division of the Austria-based Uppercut Group, has adopted Riedel’s Artist digital matrix intercom and MediorNet real-time signal transport, processing, and routing technology for its two new OB trucks. These two smaller-footprint trucks are capable of covering events that larger OB trucks simply could not access. By leveraging the scalability of Riedel technology, they can operate independently or combined, connected with a single fiber optic cable.

The larger of the two OB trucks is a 12-ton vehicle that was launched in April of 2018. It has the capacity to handle productions with up to eight cameras. Its state-of-the-art communications equipment includes an Artist-32 node with 12 panels, a Performer digital partyline, and a RiFace radio interface. Video transport, processing, and routing are accomplished by two MediorNet MicroN software-defined media devices. Replacing a traditional monolithic router, MicroN is able to reduce system complexity and weight by allowing I/O to be placed where it is needed, while the use of Apps allows users to load exactly the capabilities they need. Uppercut Broadcast employs the MultiViewer and Control Apps to simplify its workflows and avoid single-purpose boxes.

Typically deployed for four-camera productions, the smaller truck is a 3.5-ton van with an Artist-32 node and Performer digital partyline, plus two MicroN devices in similar configuration.

“The real elegance of our solution is that we can combine these two trucks by connecting them with a single Lemo hybrid fiber optic cable,” said Daniel Brandstätter, CEO and Founder of Uppercut Broadcast. “We chose this cable type because it is a broadcast- and SMPTE-standardized assembly that we also use for our cameras and that many venues have pre-installed.”

Uppercut Group is a family-run group of companies that provides services ranging from marketing to advanced media throughout Austria and the surrounding countries. Events covered by Uppercut Broadcast include Golden League Volleyball, Champions League Volleyball, and Field Hockey tournaments, as well as Opera in Erl and ORF 3’s Politics Live.

“Uppercut is a great example of how MediorNet and the concept of decentralized routing can scale down to handle events of all sizes. It’s not just for the Eurovision Song Contest,” said Jürgen Diniz-Malleck, General Manager, CEE at Riedel Communications. “Uppercut gets all of the routing capacity they need, plus integrated signal processing, and they can control it all from the same panels that they communicate over.”