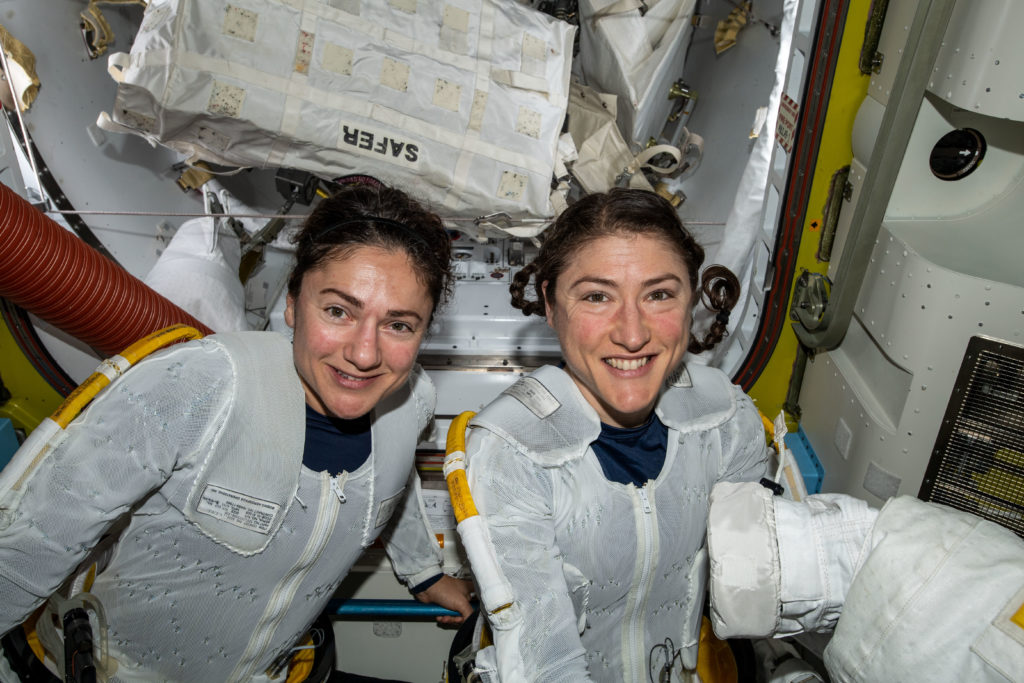 LOS ANGELES and WHITE PLAINS, N.Y. — Oct. 24, 2019 — Today at SMPTE 2019, the National Aeronautics and Space Administration (NASA) and Amazon Web Services (AWS) successfully tested a workflow that marks the first use of cloud resources for data storage and video origination for streaming from space. The proof of concept expands on the workflow NASA and AWS co-produced in 2017 to enable the first-ever live 4K UHD stream from space, and now includes cloud-based media services for high-quality and secure live video transport, video origination and packaging, broadcast-grade live video processing, and content delivery networks.

The test took place during a special SMPTE program honoring the 50th anniversary of the Apollo 11 moon landing and supported a special live interview with NASA astronauts Christina Koch, Jessica Meir, and Andrew Morgan located 250 miles above Earth aboard the International Space Station and two NASA colleagues presenting at SMPTE 2019 in Los Angeles.

NASA is seeking innovative ways to reduce the cost and complexity of live streaming from space as it prepares to send the first woman and next man to the lunar face by 2024 through its Artemis architecture. By shifting 90% of the workload into the cloud instead of using traditional ground-based broadcast video processing, satellite long-haul transport, and content delivery infrastructures, the workflow helps reduce the cost and complexity of streaming video from space to scientists and viewers on Earth. The proof-of-concept test at SMPTE 2019 included AWS Elemental MediaConnect for long-haul transit of content from Johnson Space Center, AWS Elemental MediaLive for live transcoding, AWS Elemental MediaPackage for content origin and packaging, and Amazon CloudFront for content delivery.

The test took place during a special SMPTE 2019 session focusing on the technical challenges of dealing with imaging in space. NASA Imagery Experts Program Manager Rodney Grubbs and co-presenter Dylan Mathis, communications manager for ISS, discussed the challenges of sharing imagery from space and the need for solutions to help manage the radiation that damages sensors and electronic components, the use of VR and 360° cameras to reduce weight and mass, the impact of extreme temperatures on camera operation, and the use of a “solar system internet.”

The session also honored the 50th anniversary of the Apollo 11 Mission. “Imaging Among the Stars: The Moon, Mars, Deep Space, and Home Again” featured astronauts, engineers, directors, cinematographers, and visual effects artists who have played a critical role in allowing people around the world to appreciate and connect with the vastness of space, the stark landscape of the moon, the beauty of Earth from afar, and distant planets.

Broadcast on NASA TV and streamed online on https://live.awsevents.com/awselemental, the interview is available on both platforms for on-demand viewing.

About SMPTE®
The Society of Motion Picture and Television Engineers®, or SMPTE, is defining the future of storytelling. The Society’s mission is to enable the technical framework that allows the global professional community to make media for artistic, educational, and entertainment purposes and to distribute that content for the benefit and enjoyment of people worldwide. As a global volunteer-driven society of technologists, developers, and creatives, SMPTE is engaged in driving the quality and evolution of motion pictures, television, and professional media. The Society sets industry standards that help businesses maximize their markets more cost-effectively, provides relevant education that supports members’ career growth, and fosters an engaged and diverse membership community.

Link to Photos:
www.wallstcom.com/SMPTE/NASA-iss_061e006837_orig.jpg
Photo Caption: NASA astronauts Jessica Meir (left) and Christina Koch (right) put on their spacesuits as they prepare to leave the hatch of the International Space Station and begin the historical first-ever all-female spacewalk.

Link to Photos:
www.wallstcom.com/SMPTE/NASA-iss_061e011882_orig.jpg
Photo Caption: (Oct. 18, 2019) — With the Earth 250 miles below, NASA astronaut Jessica Meir is pictured tethered to the outside of the International Space Station during a seven-hour, 17-minute spacewalk she conducted with fellow NASA astronaut Christina Koch (out of frame).

Biamp Extends the Reach of Crowd Mics to Remote Audiences

Global Remote Audiences Can Now Participate in Live Events With Their Smartphones Visit Biamp at ISE 2020 on Booths 3-B90 & 1-H140 AMSTERDAM — Feb. 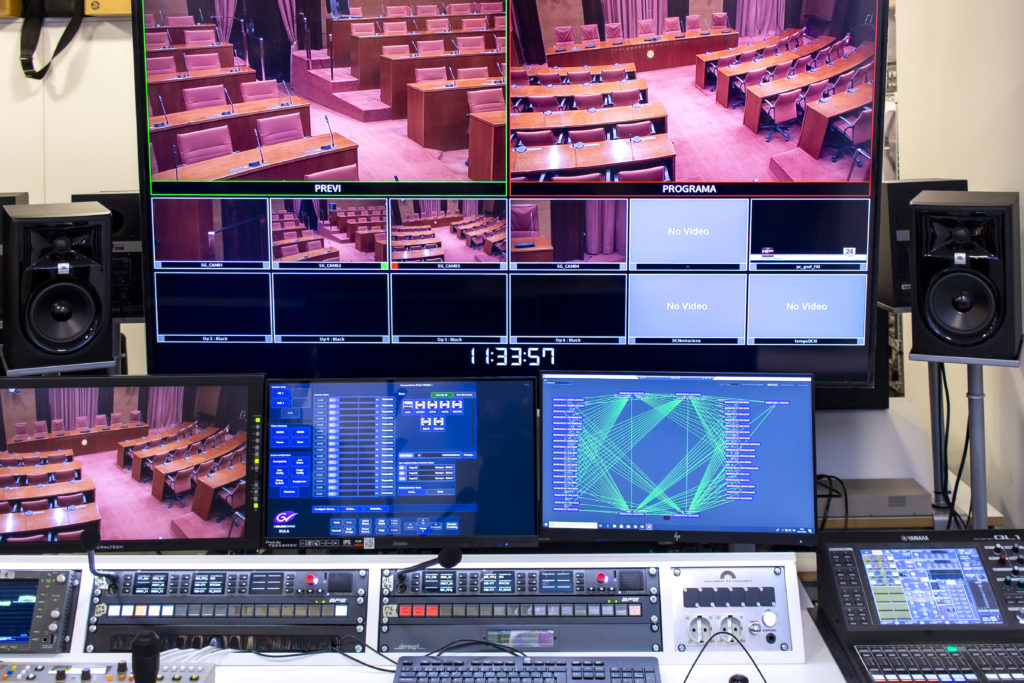 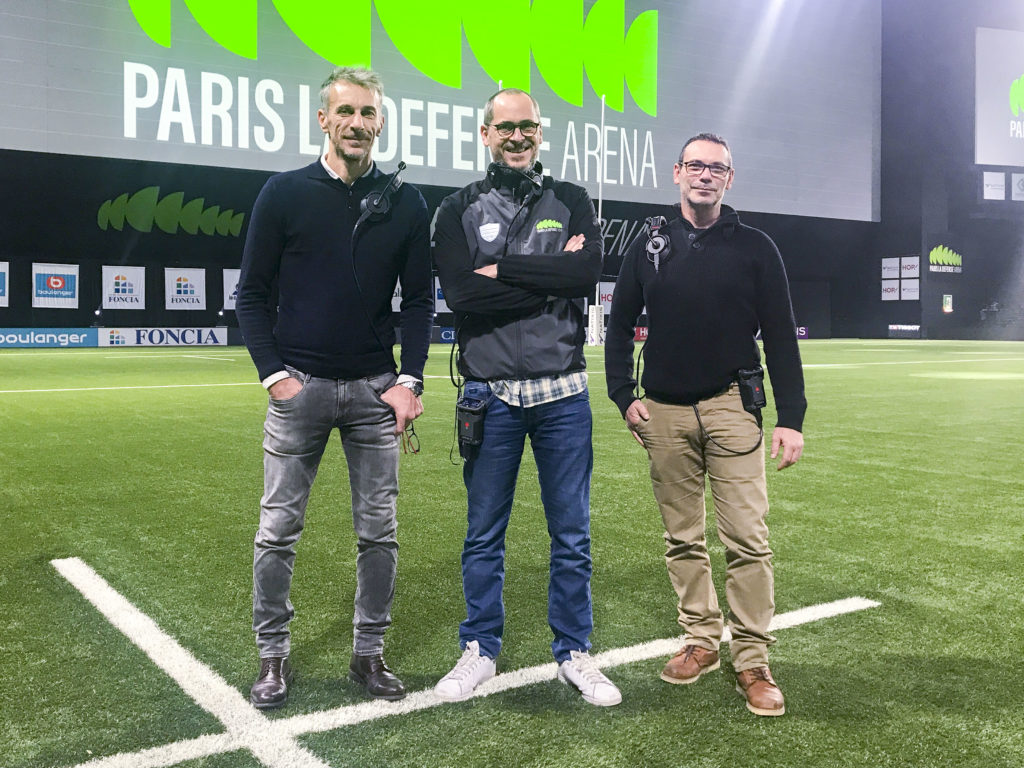