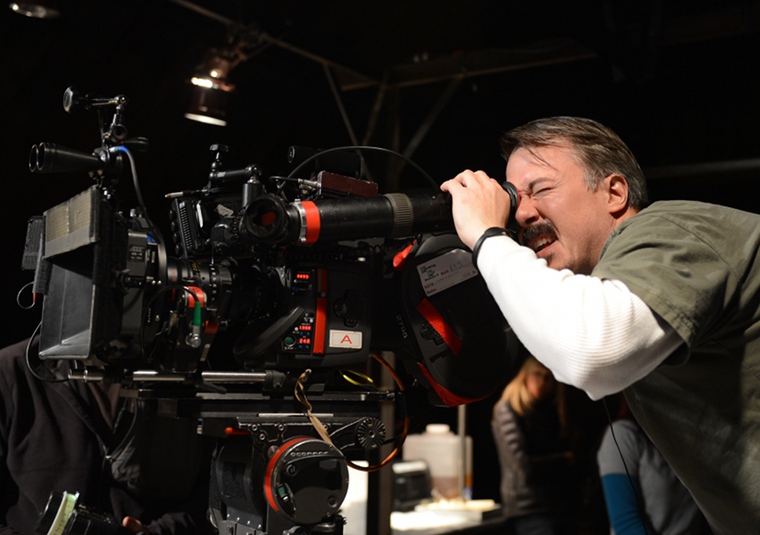 Today’s major movie studios are almost exclusively in the “tent pole” blockbuster event franchise business, with an emphasis on comic book superheroes, movie versions of mega-popular video games, toys, theme park rides and adaptations of bestselling books. This trend—which I pray is a trend—has relegated smaller, mid-budget and indie movies to the film festival circuit and straight to cable or digital networks, negating the big screen, cinematic experience for these worthy but more personal and/or political/controversial/ challenging stories. (My favorite movie decade remains the 1970s, when movies were provocative and had a social conscience.)

These days, instead of a 2-hour movie about iconic characters in extraordinary situations, now we get a full season or multiple seasons for a much deeper dive into story. Even a great movie can be analogous to an amazing one-night stand, but a great TV series is a relationship that can span many years. If, for example, Dunkirk had been a limited TV series, think of all the richly complex characters we would have had the chance to get to know over time.

Breaking Bad creator/showrunner Vince Gilligan has famously said that his concept for the show was to take Mr. Chips and turn him into Scarface. If you’ve seen the brilliant Oliver Stone scripted/Brian DePalma directed classic movie Scarface, you can imagine a similar treatment for a Breaking Bad movie—which would have been compelling, suspenseful and fulfilling in its own right. But, c’mon! The gradually unfolding narrative is way more tantalizing, although, admittedly, far more time consuming. Imagine a Scarface TV series and you’d end up with something very much like Netflix’s terrific and brutally compelling Narcos. Arguments can be made for or against both mediums. Though a bonus upside: Movie exhibitors make their money from—woefully overpriced—concessions. Watching movies and TV at home via Netflix (or many other platforms) is much more economical, if you also figure in free parking and microwave popcorn. Does this mean TV is going to continue to supplant cinema?

THE MORE THINGS CHANGE, THE MORE THEY STAY THE SAME

Perhaps New York Times film critic Manohla Dargis put it best in late 2015, after an extraordinary summer for mid-range films: “The diversity of work from across the globe and on big and small screens is as astonishing as it is overwhelming. And while creators and consumers have each embraced on-demand as an ethos, people still go out to see movies…in a sense the movies are bigger than ever as every television program that aspires to cinema shows.”

It’s true; there is hope for cinema. That summer, Universal had grossed over $2 billion—and that was just domestically. The studio’s two breakout, sleeper hits were Trainwreck (Amy Schumer and Judd Apatow’s romantic comedy) and Straight Outta Compton (the biopic of artists Ice Cube, Eazy-E, Dr. Dre and their peers). Both are mid-range in budget yet experienced great success—perhaps it was a little superhero fatigue that summer, as well as the strong votes of confidence from the execs who shepherded these movies to the big screen? Admittedly, three of Universal’s hits were the action-packed behemoth Jurassic World (directed by Colin Trevorrow, in a career-defining leap up from his previous indie Safety Not Guaranteed) as well as Minions and Furious 7, but none involved superpowers, as such. All benefited from strong word-of-mouth, always the best marketing. As Dargis’ fellow NYT critic A.O. Scott observed in 2015, these successful releases remind the industry: “Movies that reflect the demographic reality of the world we all inhabit can have very wide—and pro table—appeal. Which is only to state the obvious fact that a lot of the ticket buyers for Compton were white, and a lot of Trainwreck fans were men.”  The same could be said of BlacKkKlansman and Lady Bird in more recent years.

Although such films are notable exceptions to the tent pole releases that dominate the box office—signifying there may be a paradigm shift at some point—for now the mid-to-low budget yet high quality, non-event theatrical movie business continues to contract. Simultaneously, the business of making movies for television, as opposed to what were once known in the TV biz as MOWs (“Movies of the Week”), is blossoming and flourishing. A bonus for the cable and digital networks is that their made-for-TV original movies can be exported as theatrical releases in other countries. Take, for instance, Sony Crackle’s original direct-to-TV movie, Office Uprising, starring Brenton Thwaites and Karan Soni. The mid-to-low-budget movie was shot in cost-effective Alabama, which offers a generous tax credit of up to 35%, and streamed on the Crackle network in the US. But Sony also has the ability to air the dubbed or subtitled comedy-horror-zombie movie on either one of its worldwide linear TV networks, or release it in theaters outside the US. For Sony Television, the longtime studio of Seinfeld, this is what’s known as “double-dipping.” It’s not only completely legal; it’s also smart business.

Streaming has yielded further interesting, cross-pollinated projects. Just one example is Cary Fukunaga’s movie Beasts of No Nation for Netflix, starring Idris Elba (The Wire; Thor), a West African civil war tale that brings together extraordinary talents—that were traditionally only available in theaters or via premium cable. Fukunaga, who directed Sin Nombre, transitioned from True Detective Season 1 to digital. Talent now moves freely across the whole spectrum of the industry, no longer limited to broadcast, premium cable/digital or movies.

And I remain optimistic, just like Dargis and Scott: “For all the changes in the on-demand, multi-platform, streaming, fluid entertainment media world, the one constant is that the movies continue to have a profound hold on us…They hold us the way they have for the past century—with visual style, narrative techniques, bigger-than-life stars, human stories and familiar genres—except that where once the studio biopic mythologized Madame Curie it now does the same for Ice Cube. The movies entertain us, bore us, transport us, move and enrage us, divert us from the world’s problems or inspire us to solve them. They remain, in other words and in spite of everything, one of the sublime pleasures of modern life.”

Despite the proliferation and success of digital networks, the movie business survives. With movies more popular than ever around the world across multiple platforms, what we’re experiencing is a made-for-TV Renaissance.

Excerpt adapted from TV OUTSIDE THE BOX: TRAILBLAZING IN THE DIGITAL TELEVISION REVOLUTION (published by Routledge / National Association of Television Program Executives (NATPE.)

Video team works from home on syndicated content using a browser interface   BOSTON, April 7th – When the staff of American Public Television, like 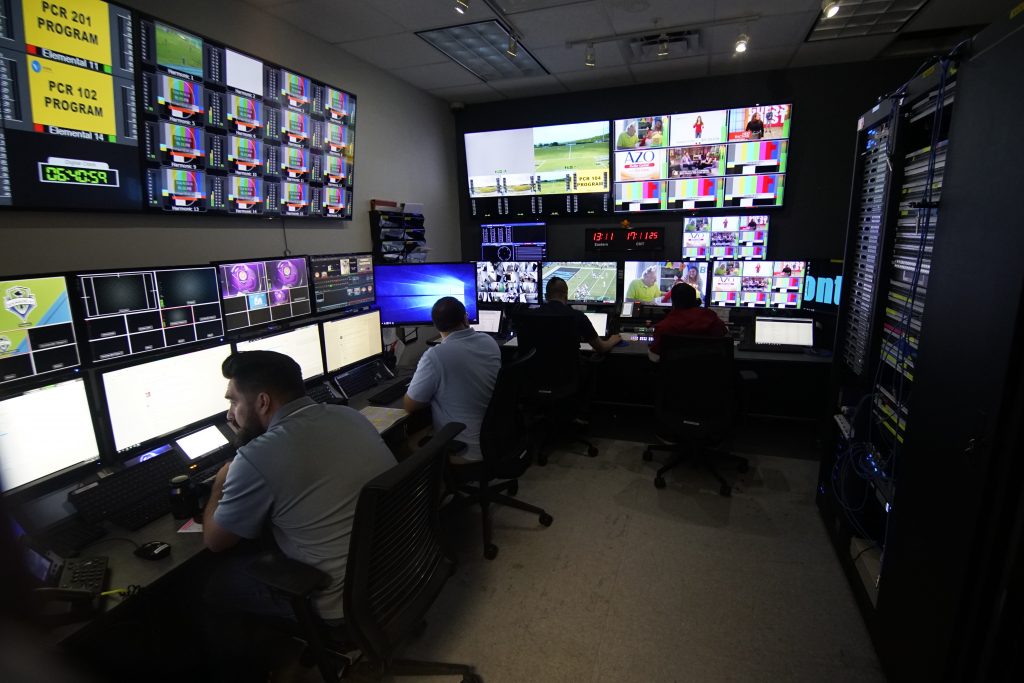 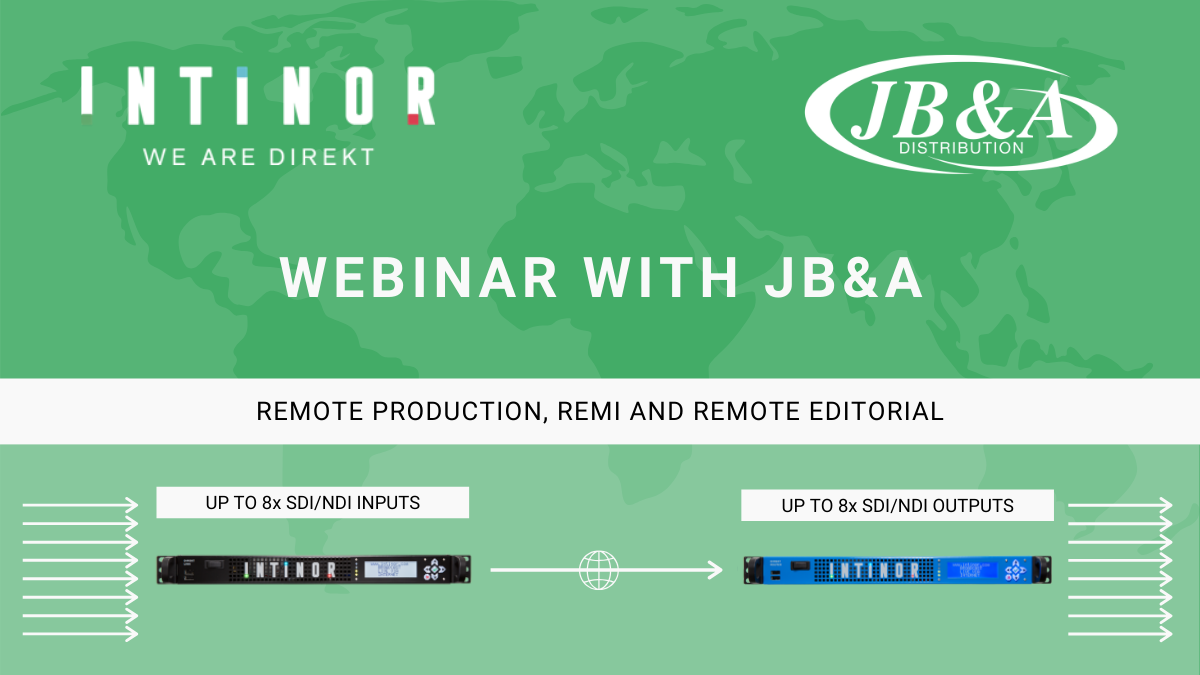 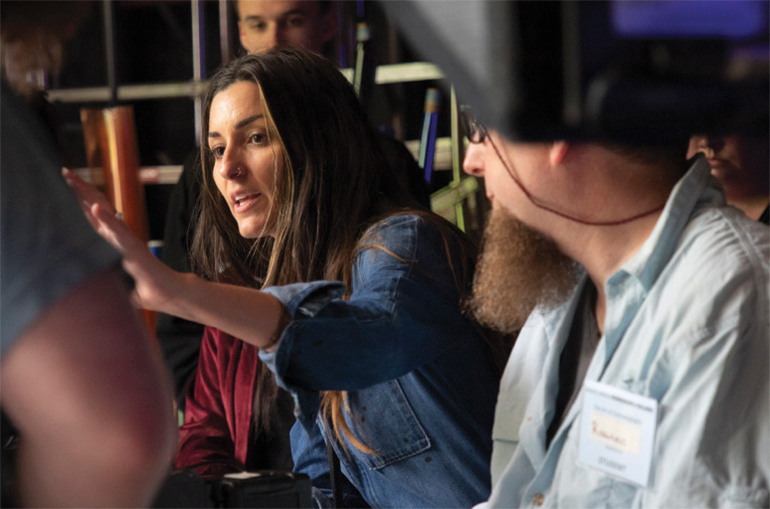