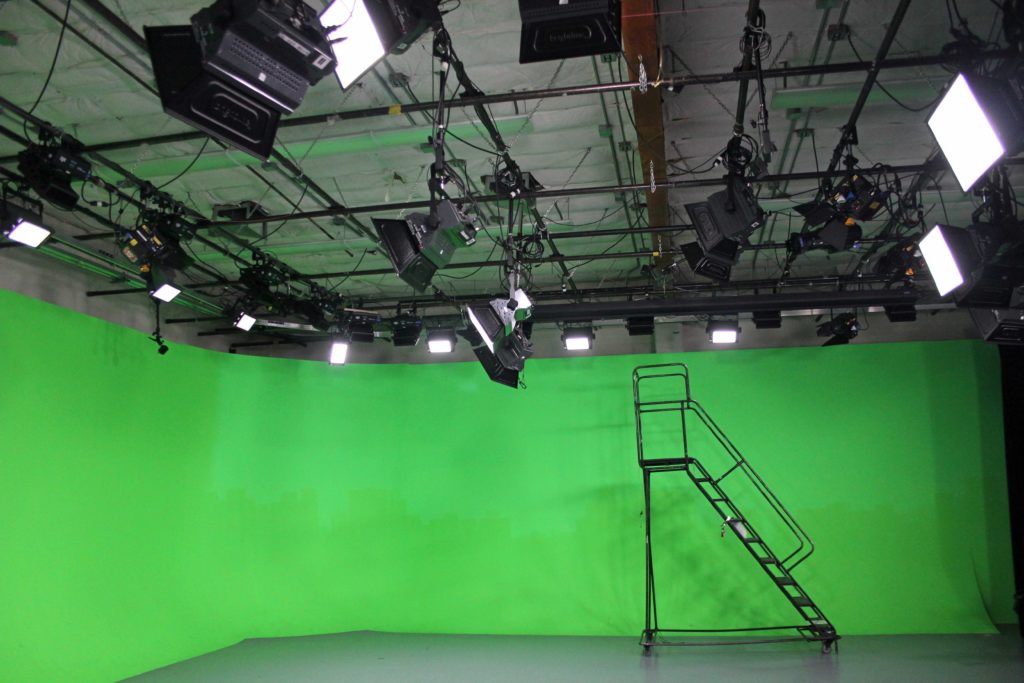 Noah Dorsey, media services manager, said the upgrade in Studio A was prompted by the fan noise of previous lighting fixtures in the studio. “We want the studio environment to be as silent as possible,” he explained. “That was something that had been requested by a lot of producers.”

The new 5600K L1.2 lights are controlled through a DMX console. Open Signal contracted Brightline’s premier Pacific Northwest systems integrator, Advanced Broadcast Solutions (ABS), a division of Key Code Media, to supply the new lighting. Dorsey said the lighting “looks dynamic but not so stylized that it can’t be applied to multiple shows.”

Bruce Aleksander, a lighting director hired by ABS for the Open Signal project, said the decision to use soft lights throughout Studio A was based on the need for versatility and accessibility for the wide variety of producers who use the space. Though some productions use an ellipsoidal light for show-specific gobo projection accents, the main lighting is generally not altered.

“Normally, I use a combination of hard and soft lights,” Aleksander explained. “Portrait lighting – that’s the perfect look for the main anchor position on a news set. But that’s not what Open Signal needed. They needed a loosely defined area. We gave them the base that they could use and do almost anything anywhere within the area.”

Studio A also features a large chromakey cyc, and Dorsey said the L1.2 lights are “perfect” for green screen effects and VR environments. “We love them. They live up to the name ‘Brightline’ – they’re super bright,” added Dorsey. “We almost never use them at full capacity. We’ve gotten nothing but positive feedback from producers.”

Originally, Aleksander had considered using different lights for the cyc, but he got better results with the Brightline fixtures. “I thought I was going to have to supplement them with additional cyc lights to wash the back wall,” he recalled. “It turned out the L1.2 had enough kick and spread to do the job for me, and it was smoother than doing it with the cyc lights.”

Aleksander said the Brightline LED SeriesONE fixtures are his soft lighting tools of choice. “Currently, I do a lot of television studios, and there are things that you want a soft light to be,” Aleksander explained. “The L1.2 and L1.4 have a tremendous amount of punch, and they’re dead quiet because they have no fan. They use a remote phosphor technology that is just absolutely smooth and beautiful – and holds up over time.”

A community-based PEG (public, education, government) organization, Open Signal produces programming for five cable channels that reach 400,000 homes in the Portland area. Dorsey estimated the facility produces about 20 shows per week between Studio A, which has five full-size studio cameras, and Studio B, which has three PTZ cameras.

The L1.2 LED studio lighting fixture and its twice as powerful complement – the L1.4 – are available in 3200K or 5600K. Designed for broadcast and videoconferencing, the products offer high-quality lighting (>95 CRI) with DMX control. Weighing less than 13 pounds, the compact fixtures are constructed with 100 percent aluminum in the United States.

About Brightline
A leading manufacturer of energy-efficient lighting systems for broadcast, videoconference, e‑learning, and government, Brightline’s mission is to enable communication through clarity. With more than 5,000 customers in over 35 countries, Brightline specializes in enhancing the presentation of visual images by providing high quality, environmentally responsible, and cost-effective evolutionary lighting solutions. Get enlightened at brightlines.com.

There has been a lot of discussion in the industry and on many websites about the use of the new LED fixtures in cinematography. Litepanels

PHOTO GALLERY Click on the thumbnails to enlarge. HD Pro Guide Magazine exhibited this month at the 2019 NAB Show New York, held at the

PHOTO GALLERY Click on the thumbnails to enlarge. HD Pro Guide Magazine exhibited this month at PHOTOPLUS 2019, held at the Javits Convention Center in

PHOTO GALLERY Click on the thumbnails to enlarge. HD Pro Guide Magazine exhibited this month at the 2019 NAB Show New York, held at the 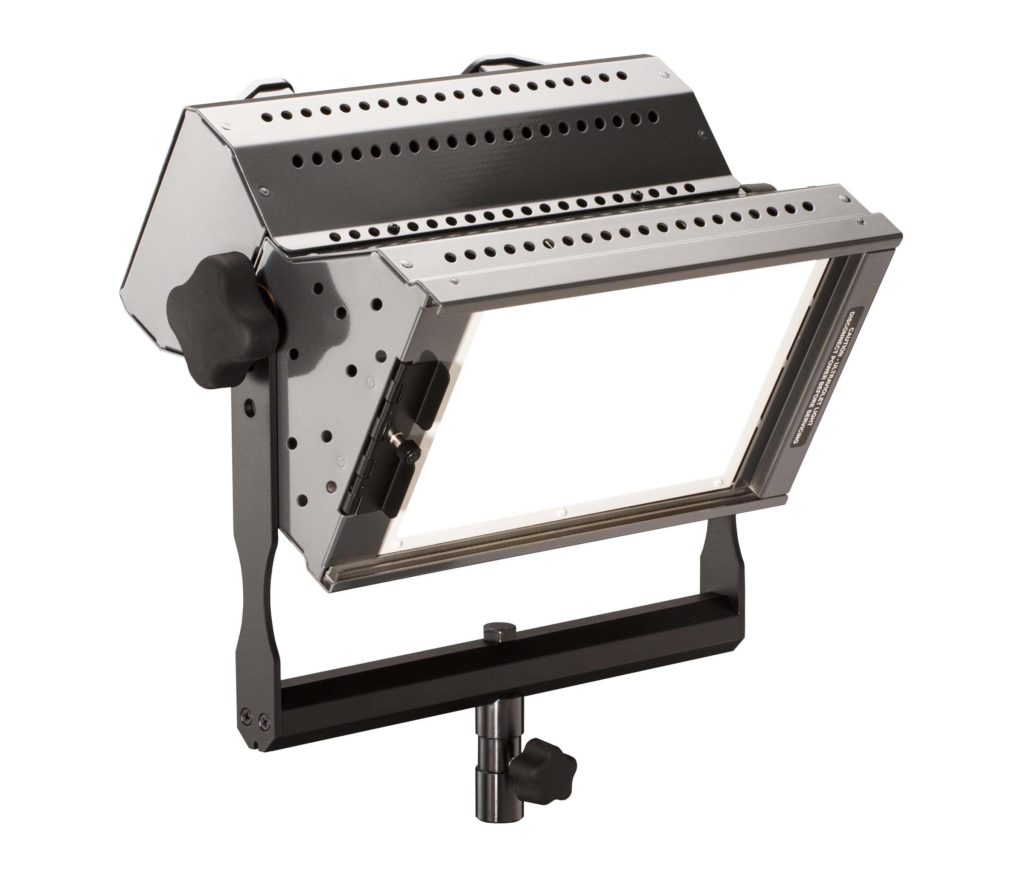 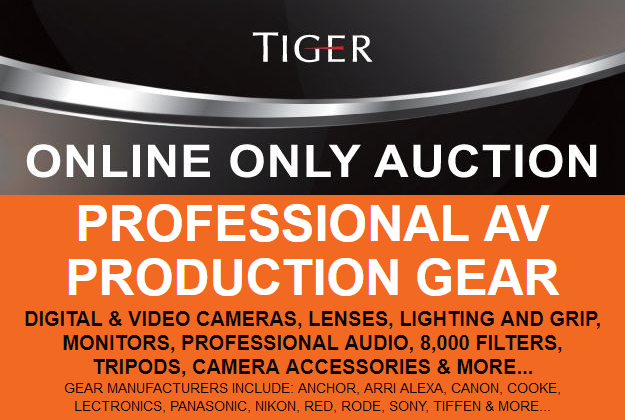 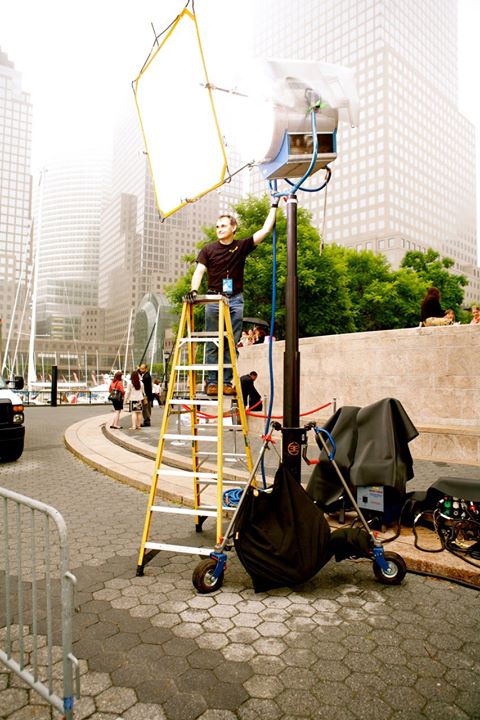 There has been a lot of discussion in the industry and on many websites about the use of the new LED fixtures in cinematography. Litepanels